Creative Infographics for an Impactful Message

A detailed Infographic to promote and celebrate LTF's 10 Year Anniversary, with further individual posts for use across social media platforms.

When Look Touch & Feel reached their ten-year anniversary, they wanted to share their story and achievements in an innovative and eye-catching way.

We worked with the team to provide infographic artwork which could create the focus at a celebratory event, while encapsulating a number of smaller pieces for use on social media and in digital branding.

Having worked closely with Look Touch & Feel over the previous six years, it was great to be involved in helping the team celebrate their anniversary in style.

It was important to highlight meaningful figures which showed off how much the company had achieved in their ten years. These images obviously needed to be informative and relevant but presented clearly and effectively with a style that was recognisable as Look Touch & Feel.

We created the infographic using headline statistics from the company’s impressive ten-years in business with icons and illustrations which reflected each subject effectively and engagingly. We were able to continue Look Touch & Feel’s ongoing rebrand using appropriate typefaces and graphics while moving to a slightly darker, more confident and authoritative, brand personality.

The company were thrilled with the striking wall piece which provided a great talking point at the anniversary event attended by clients and associates.

Pulling out individual items from the artwork, for social media posts around the event, provided a consistent style and theme which reinforced these effective messages across digital platforms wherever they were used. 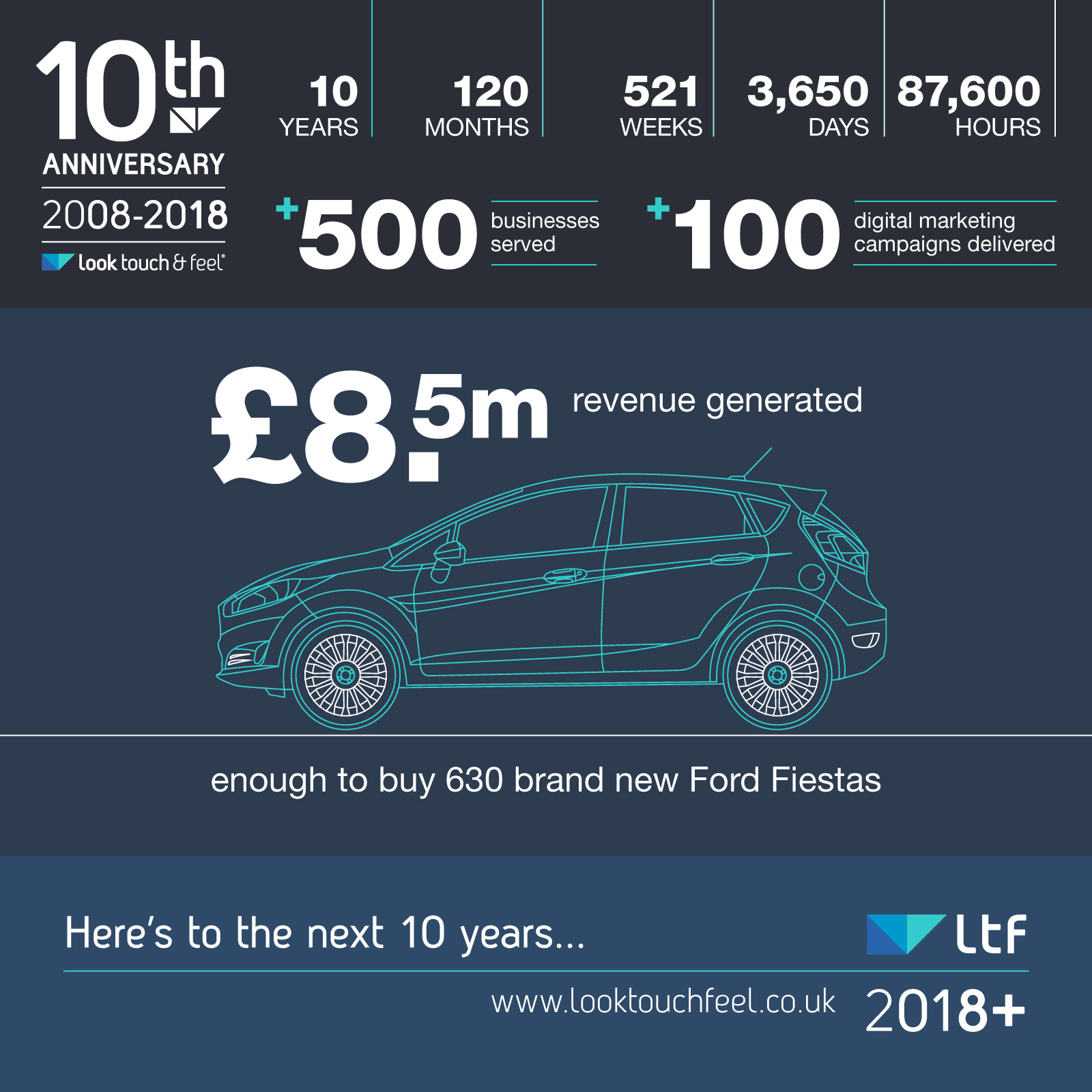 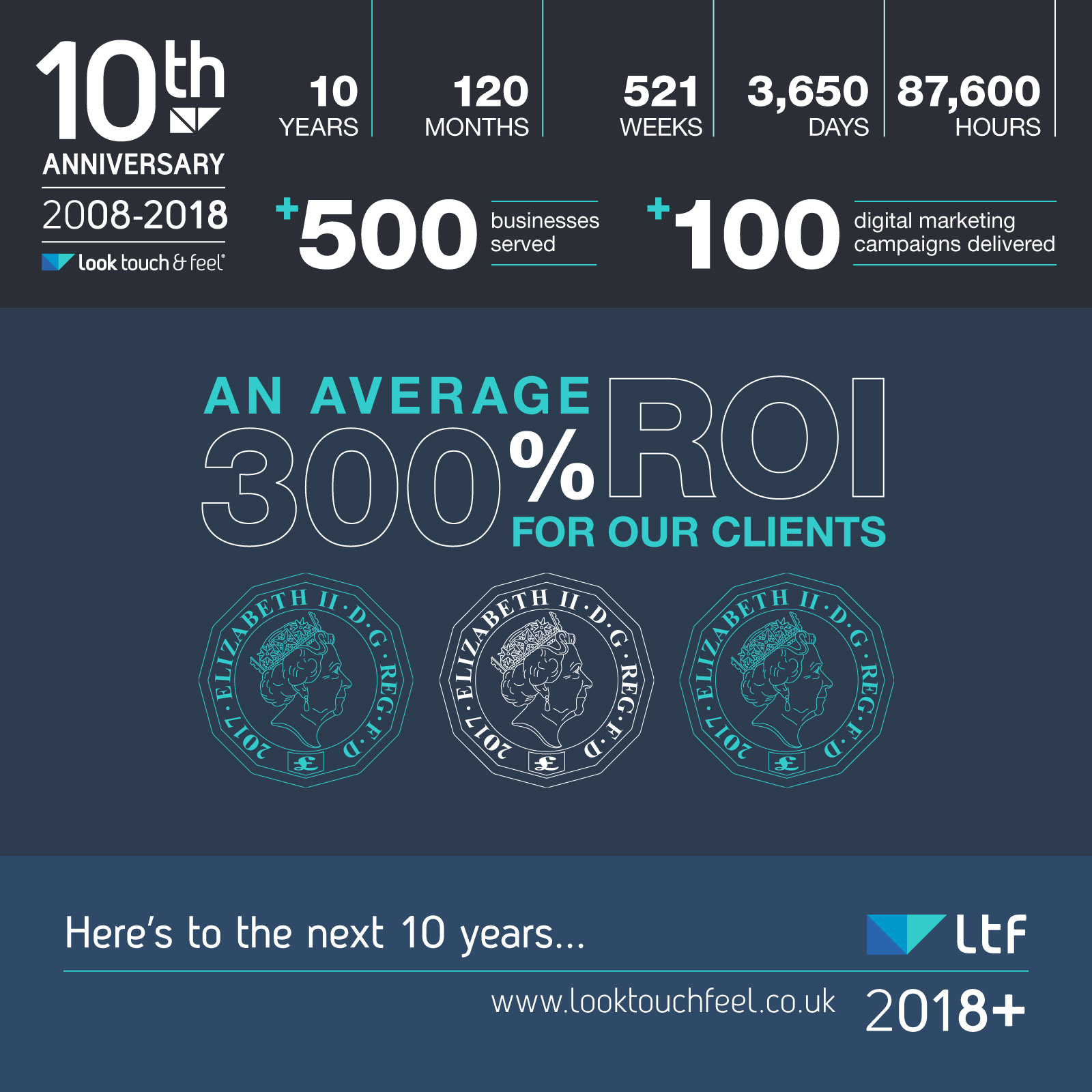 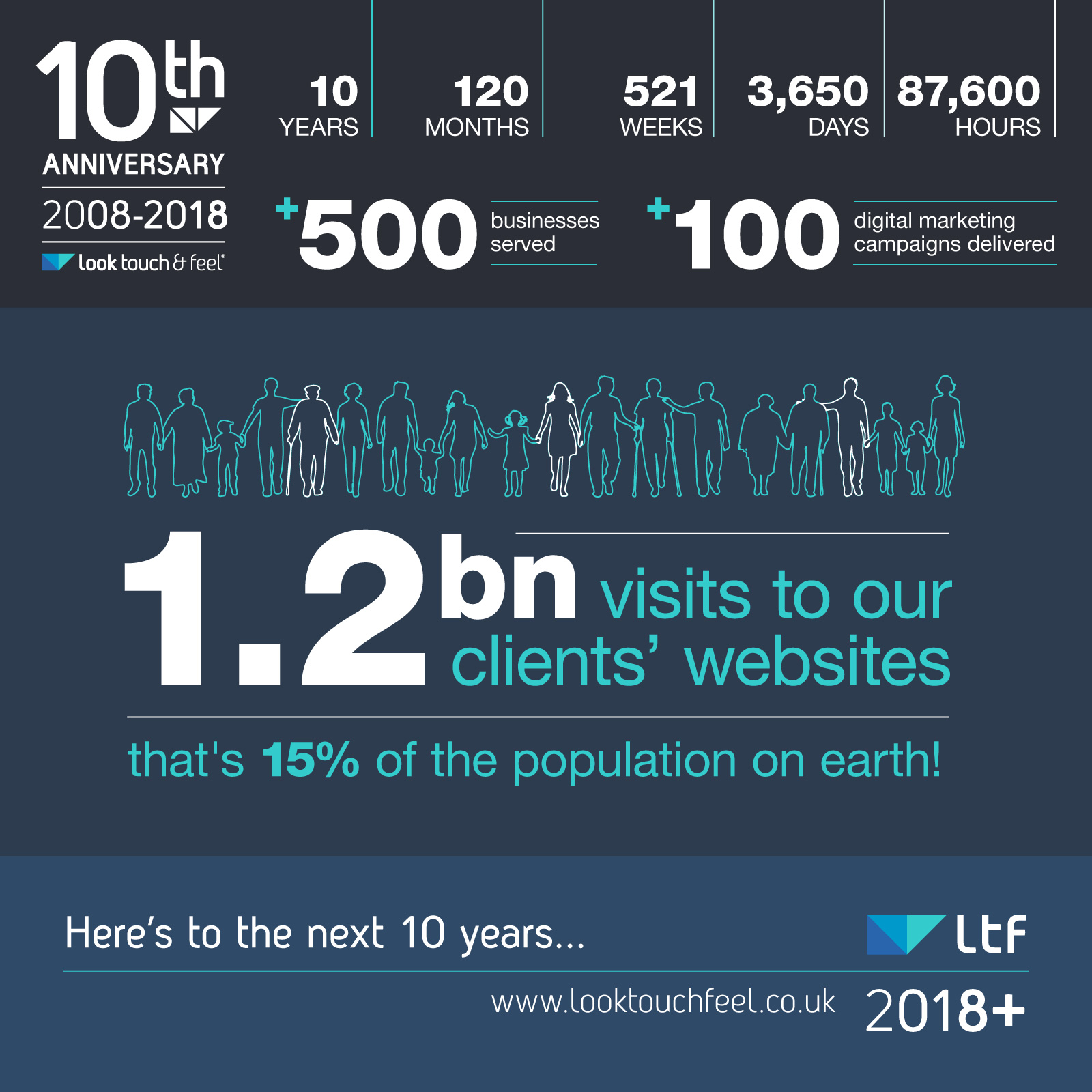 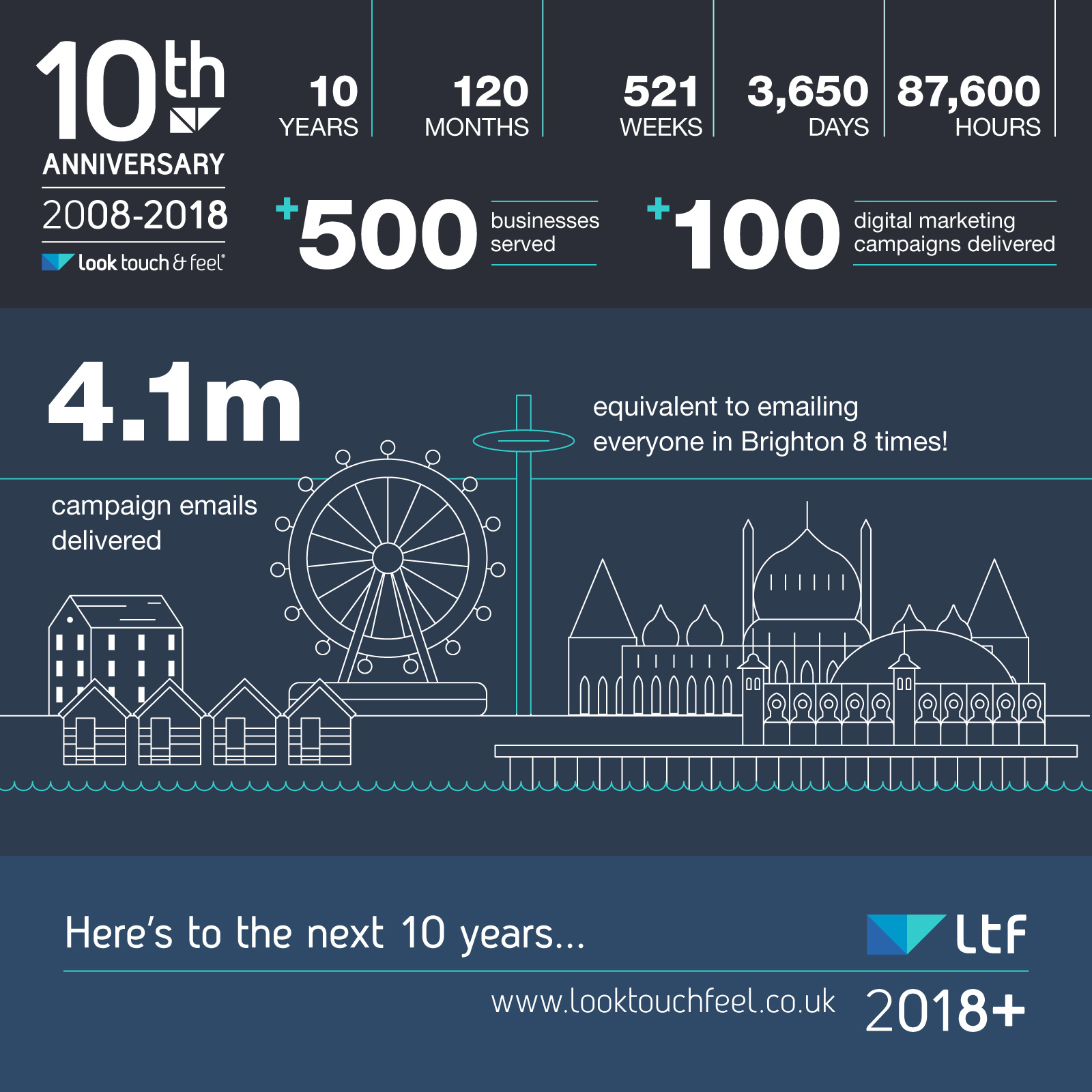 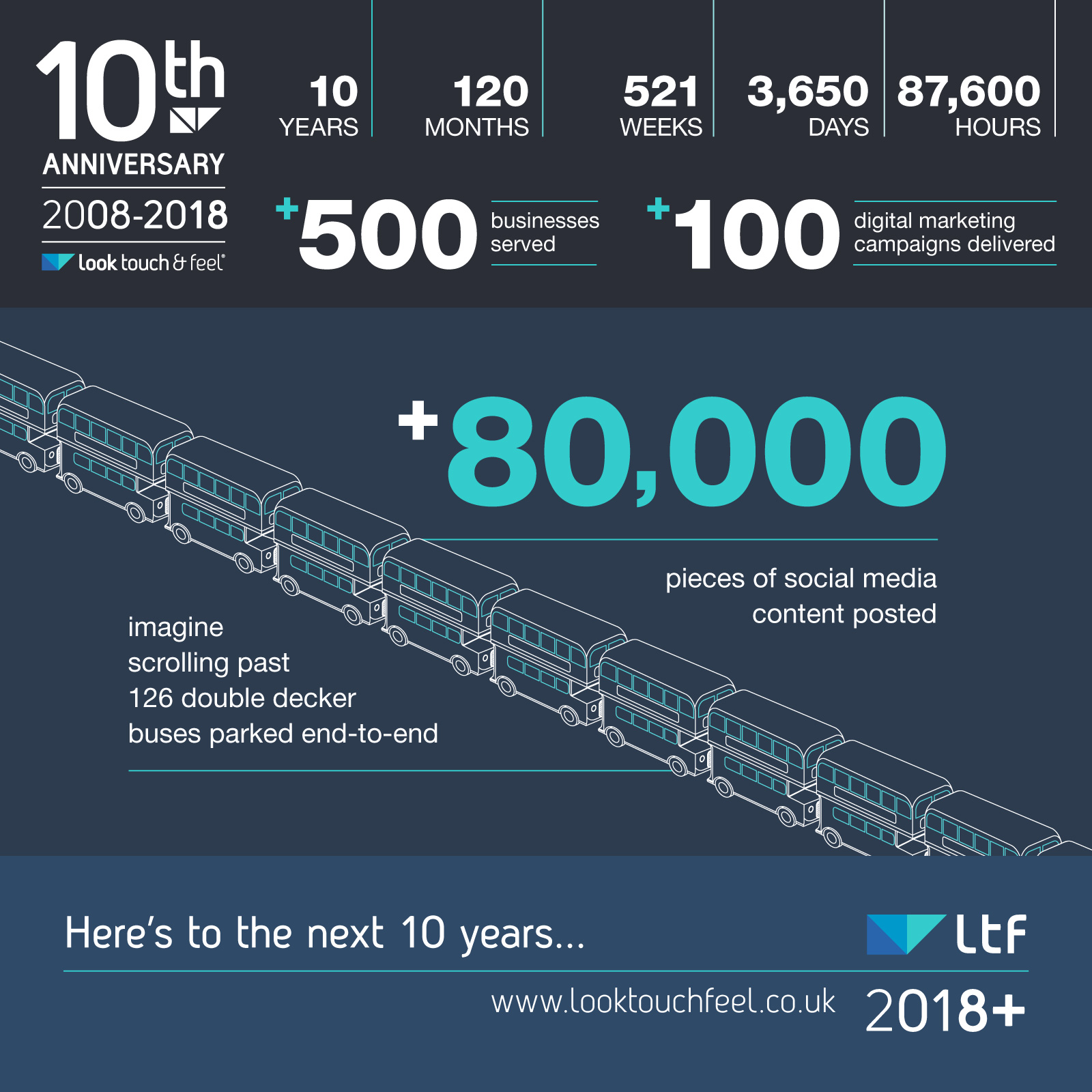 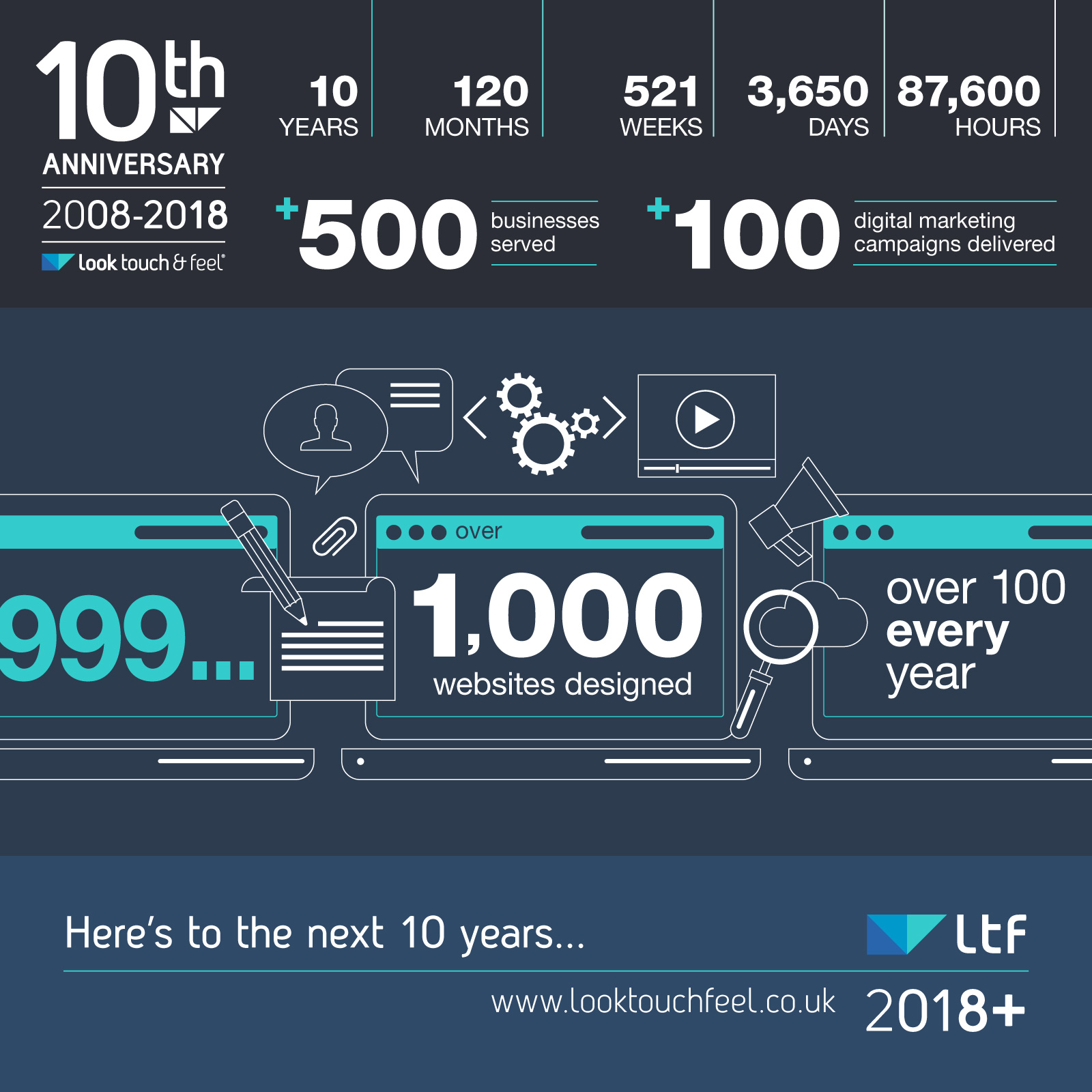 Websites designed
Want to work with us?
Get started here
Contact us:  mail@wildthings.studio